Someone asked me last night for an update on the Hamline “Muhammad Painting” case. I’m happy to report that public opinion, in the US at least, seems largely to be going against Hamline, and in López Prater’s direction. Here’s a sample, focused mostly on the American reaction to the case.

In the original post, I’d said that The New York Times article “tells you what you need to know.” That’s almost, but not entirely, true. Eugene Volokh at Reason magazine has reproduced the full texts of many relevant university communications on the controversy, not otherwise reported elsewhere in their entirety–memos, statements, scuttlebutt, etc. Some of the details matter, but none of them really alter anything I said in the original post. END_OF_DOCUMENT_TOKEN_TO_BE_REPLACED

I could belabor this case, but I’ll refrain. This New York Times article tells you what you need to know. A summary:

Erika López Prater, an adjunct professor at Hamline University, said she knew many Muslims have deeply held religious beliefs that prohibit depictions of the Prophet Muhammad. So last semester for a global art history class, she took many precautions before showing a 14th-century painting of Islam’s founder.

In the syllabus, she warned that images of holy figures, including the Prophet Muhammad and the Buddha, would be shown in the course. She asked students to contact her with any concerns, and she said no one did.

In class, she prepped students, telling them that in a few minutes, the painting would be displayed, in case anyone wanted to leave.

Then Dr. López Prater showed the image — and lost her teaching gig.

END_OF_DOCUMENT_TOKEN_TO_BE_REPLACED

Elon Musk, describing his own absolutist commitment to free speech:

“This is a battle for the future of civilization,” Musk tweeted, in late November, after a promo of the Twitter Files. “If free speech is lost even in America, tyranny is all that lies ahead.”

Not long ago, while applying for hospital-based jobs, it occurred to me that I lacked a certification that I really ought to have, namely, Basic Life Support, or BLS. From the website of the American Red Cross:

Basic Life Support, or BLS, generally refers to the type of care that first-responders, healthcare providers and public safety professionals provide to anyone who is experiencing cardiac arrest, respiratory distress or an obstructed airway. It requires knowledge and skills in cardiopulmonary resuscitation (CPR), using automated external defibrillators (AED) and relieving airway obstructions in patients of every age.

So I signed up for a class in my area, and decided to certify. It was relatively cheap, conveniently located, and scheduled to take all of four hours. A bargain. END_OF_DOCUMENT_TOKEN_TO_BE_REPLACED

Elon Musk on free speech, when revenue is at stake:

“Twitter has had a massive drop in revenue, due to activist groups pressuring advertisers, even though nothing has changed with content moderation and we did everything we could to appease the activists.”

Elon Musk on free speech, when revenue is at stake:

On Thursday evening, employees received a companywide email that said the layoffs would begin on Friday. They were instructed to go home and not go to the offices on Friday.“This action is unfortunately necessary to ensure the company’s success moving forward,” the email, which was signed Twitter, said. …

Laid-off workers were told not to publicly discuss their experience, according to a copy of the dismissal email seen by The Times.

John Davenport has a nice piece in Ms. magazine, “Fight Abortion Bans by Boycotting Anti-Choice States” (July 21). I couldn’t agree more. It’s so good–for a change–to encounter an advocate of boycotts who isn’t me.

Nothing talks louder than money in the U.S. With over half of states on their way to banning abortion, the only choice is to fight with a boycott movement bigger than this nation has ever seen.

I’ve run John’s proposal by some pro-choice people on Facebook, many of whom seem to regard it as quixotic and pointless. I don’t agree. I’ll paste some of my responses to them in the comments here, just to give a flavor of the potential disagreements with John’s argument from people otherwise on his (our) side of the issue. END_OF_DOCUMENT_TOKEN_TO_BE_REPLACED

As many readers of this blog will remember, earlier this year, we had a months-long discussion of the pros and cons of “cancellation” and related topics, initiated in part by this long post of mine in December, and this long rejoinder by David Potts a few weeks later. Feel free to click the “cancel culture” tag to follow some of the preceding and subsequent discussion, which eventually petered out (at least on my end) less through any dearth of topics left to discuss, or desire to discuss them, than from the lack of time to pursue the discussion to a proper conclusion. That said, I thought that the discussion was a useful airing-out of some contentious issues.    END_OF_DOCUMENT_TOKEN_TO_BE_REPLACED 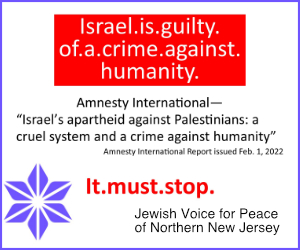 END_OF_DOCUMENT_TOKEN_TO_BE_REPLACED

In part 1 of this mini-series, I mentioned David Potts’s comments on China from an earlier post, promising to respond more directly to them. DP’s comments on China fall into three parts: a condemnation of the People’s Republic of China (PRC) on grounds of its systematic disrespect for human rights; an accusation of hypocrisy against activists for their relative indifference to China’s human rights record; and a skeptical shrug of the shoulders about collective action against China.

I put my summary response to his argument this way in part 1:

Either his remarks are meant to rebut my claims or not. If they are, I don’t see how they do; if they’re not I don’t see why they’re there.

I’m going to focus here on the first of these conditionals, assuming that his remarks were intended to rebut my claims, and arguing that they don’t. END_OF_DOCUMENT_TOKEN_TO_BE_REPLACED

Suppose I’m a judge in state (government) S1 and, in the judicial system of this state, due to cultural and institutional factors that do not prominently include explicit bigotry or anything like this, those in the non-dominant ethnic groups are twice as likely to get a death sentence than are those in the dominant ethnic group. If I’m in this position, it seems morally objectionable for me not to speak out and do something (or this or that specific thing) about the situation or my connection to it. It is not just that speaking out and doing something (or some particular thing like organizing for change or quitting) is morally best, morally ideal, apt for moral praise (as supererogatory acts are).