Elegy for My Father
Daniella Mieles

Opening up and discussing my experiences with the COVID-19 pandemic is very difficult, and not something I would ever have expected to do, but perhaps doing so will create more awareness about the dangers of this pandemic to those who still seem to regard it as a joke. People always talk about how life today is so much more advanced than it was in the past, and yet here we face a pandemic disease for which there is no cure. And there seems to be no light at the end of the tunnel for any of us.

My father moved to this country, to Jersey City, thirty-five years ago from Ecuador. He’s always worked six days a week: Monday through Saturday. Every now and then, he’d take a day off to stay home with us if for some reason we didn’t have school or work ourselves, so that the six members of our family could spend some time together. Once the pandemic struck, my father’s combined locksmith and hardware store in the Bronx was considered an essential business, and therefore remained open. On March 19, 2020 my father opened his business for the day, but who could have known that it would be his last day doing so? When he came home that night from work, he told my mother that he didn’t want to continue opening the shop for fear of putting his own life at risk, as well as that of our family, his employees, and his customers.

In addition to being a student at Felician University, I was at the time working at a restaurant in Hoboken, New Jersey, which was open during the pandemic for pick-up and delivery. Taking as many precautions as I could, I would come home on weekends after my shifts, leave my shoes at the entrance of the house, walk straight up to the bathroom to take a shower, and put my clothes directly into the laundry for fear of exposing anyone to anything I might have brought home from work. Given the work he’d been doing in New York, my father kept his distance from us even in the house, for fear that he might expose us to something he had brought home from work. Though for most people, it became common to wear masks outside, we wore them at all times in the house. In short, things were tense. 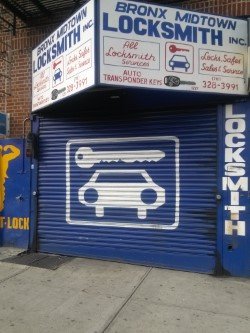 April 5th ended up being my last shift at the restaurant. April 6th was my birthday. My father woke up that day feeling extremely weak: he could barely walk on his own, was coughing non-stop, and had been fighting a fever all night. He and my mother decided that it was best for him to go to the hospital–Bayonne Medical Center–and get medical help. Before he was rushed off, he had us all sit together and sing “Happy Birthday” to me, taking a picture as we did on all birthdays. Not knowing that this would be the last time we saw him, we all said goodbye to him; he gave us the blessing he always did every night before we went to sleep, and every morning when we woke up.

He fought the disease for six days. We spoke to him the first two days by phone, with our usual morning and evening blessings. But when we tried to call on the third day, we got no answer from him. On the afternoon of that third day, we got a call from the doctor telling us that my father had pneumonia, had been struggling terribly to breathe, and so, had to be intubated. On the fourth day, we got a call from the hospital telling us that his test had come back positive for COVID-19; we felt helpless, and could only pray with all of our might that he might get better and come home soon. Every night, the five of us gathered on Facebook as a family and prayed the rosary with the rest of our extended family.

The terrible dreaded news finally came on the sixth day, April 12th. My older sister and I were awakened by our mother with a look of anxiety and despair in her eyes. She gave us the news that our father was no longer able to fight, and had passed away at 5 that morning after an unsuccessful attempt to resuscitate him. All we could do is comfort each other, gather our strength, and then go downstairs to give our younger siblings the news.

Dealing with the loss of such an amazing father has been hard on both my family and our family friends. My father was one of the most caring, thoughtful, and loving people I’ve ever known, and with my mother’s help, made my siblings and me into the people we are today. I would never have thought that he would leave us so early, and have to leave his family in solitude, among strangers, in a hospital. He will be missed, not just by our family, but by everyone who ever came into contact with him. He is now our angel in the skies, watching over us amidst the chaos around us.

Daniella Mieles is an undergraduate at Felician University from Jersey City, New Jersey.

One thought on “COVID-19 Narratives (7): Elegy for a Father”