All those thought-experiments you might have encountered while studying consequentialism versus deontology in grad school or some intro ethics course are about to become terrible realities in New York City and northern New Jersey within the next few hours. I’m writing this on Sunday night, April 5th. By tomorrow morning, there’ll be no escape in this area from the misery I’m about to describe. The surge is imminent. The minimizers, deniers, and skeptics were wrong. What you’re about to see is the twenty-first century equivalent of a painting by Hieronymous Bosch. Figure out now whether you want to look or avert your eyes.

The hospitals are short on everything but COVID patients, but particularly short on medical staff. New Jersey is pleading for more volunteers:

“We believe part of that surge is just starting,” state Health Commissioner Judith Persichilli at the Trenton War Memorial during the state’s daily coronavirus press briefing.

Persichilli said nine hospitals in North Jersey hit that status Friday night because of staffing issues and critical care capacity as the state copes with the second-most cases among U.S. states, after New York.

She added that the state is “sending out a crisis alert” Saturday for help from those with a medical background.

“We need volunteers to assist us in this effort,” Persichilli said, calling on people to visit Covid19.nj.gov/volunteer if they can help.

They’re not exaggerating. I got a third submission to my COVID-19 Narrative Project from a New York-area physician that confirms this picture. The physician in question wants to remain anonymous for fear of losing her job. I’ll run it early this coming week. 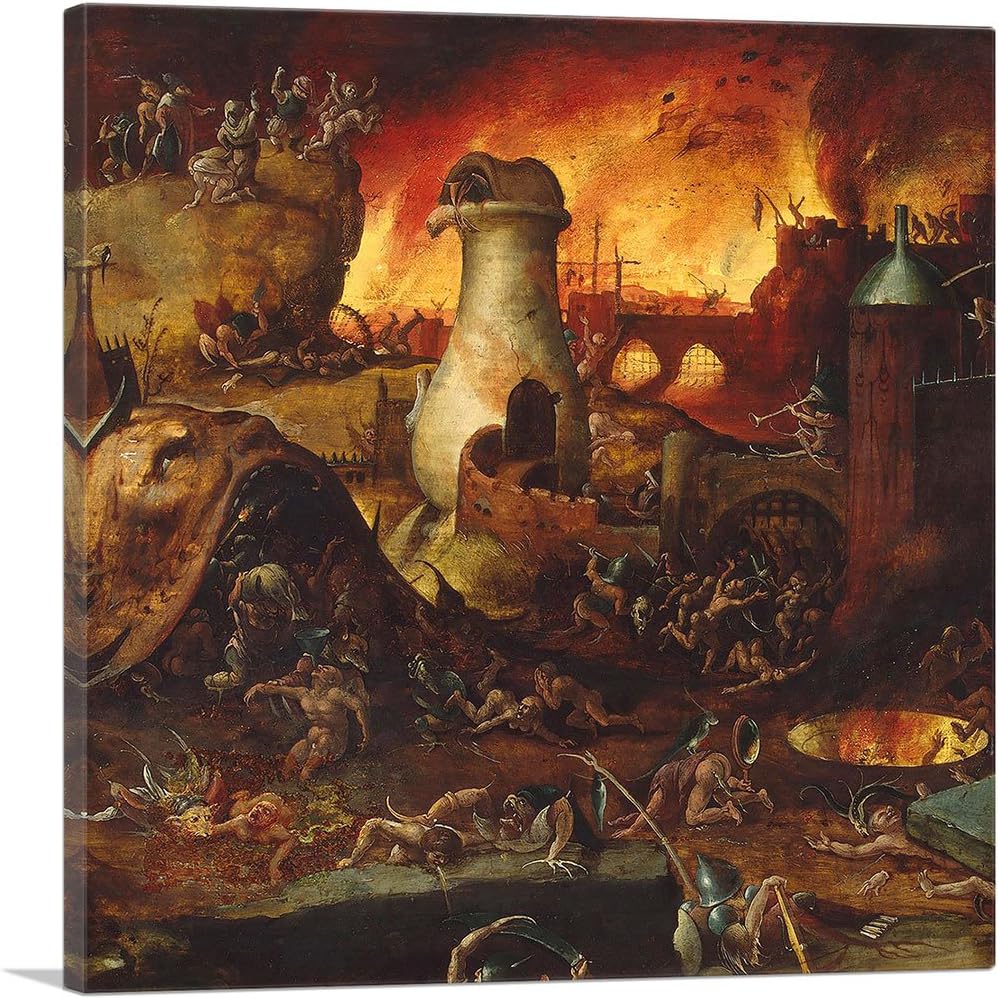 Hospital networks are issuing ultimatums to their physicians to show up regardless of speciality or critical care experience, or be furloughed without pay:

One of the largest hospital networks in New York has given its doctors an ultimatum: either help deal with the coronavirus crush, or stay home without pay.

At other hospitals, too, all hands are being called to deck. Neurosurgeons and cardiologists, orthopedic, dermatology and plastic surgery residents — all have been pulled into emergency rooms and intensive care wards. Receptionists who normally deal with billing are also being told they will be reassigned, to emergency rooms to help screen Covid-19 patients.

This is what the redeployment scramble looks like as hospitals, girding for a surge of coronavirus cases in the next two weeks, face an acute shortage of doctors and nurses trained in intensive care settings.

To paraphrase Lenin (who I think was paraphrasing some other famous guy), who does not treat, shall not eat.

Bill DiBlasio, the mayor who incautiously went to a public gym when everyone else was supposed to be staying home, is now suggesting that doctors be conscripted by force into medical service:

De Blasio first broached the idea of enlisting civilian health care workers Thursday but did not explain how such a program might work.

“I think it’s time for our nation to enlist our medical personnel on a national basis,” the mayor said at a coronavirus briefing. “We don’t have the same kind of draft we used to have, but we’re going to have to create something new right now at this moment in history to enlist all available medical personnel around the country, and I mean civilians. Anyone with medical training anywhere in the country who can be spared by their city, their town, their state to come to the front.”

He didn’t explain how it would work. And for that reason, I suppose, he was absolved of explaining whether it would. DiBlasio may need his exercise, but don’t infer that doctors need their freedom.

The whole situation is reminiscent of a famous passage near the end of J.S. Mill’s Utilitarianism (my italics):

It appears from what has been said, that justice is a name for certain moral requirements, which, regarded collectively, stand higher in the scale of social utility, and are therefore of more paramount obligation, than any others; though particular cases may occur in which some other social duty is so important, as to overrule any one of the general maxims of justice. Thus, to save a life, it may not only be allowable, but a duty, to steal, or take by force, the necessary food or medicine, or to kidnap, and compel to officiate, the only qualified medical practitioner. In such cases, as we do not call anything justice which is not a virtue, we usually say, not that justice must give way to some other moral principle, but that what is just in ordinary cases is, by reason of that other principle, not just in the particular case. By this useful accommodation of language, the character of indefeasibility attributed to justice is kept up, and we are saved from the necessity of maintaining that there can be laudable injustice.

If the issue is not just saving a life but thousands of lives (and it is) then Mill’s arguments suggest that justice demands the conscription of thousands of medical practitioners–not just physicians, but EMTs, nurses, respiratory therapists, lab techs, and the like. Whether that really can be just, or can even be effective, I leave for now an open question. The point is simply that it’s now a live question, not merely an academic one. 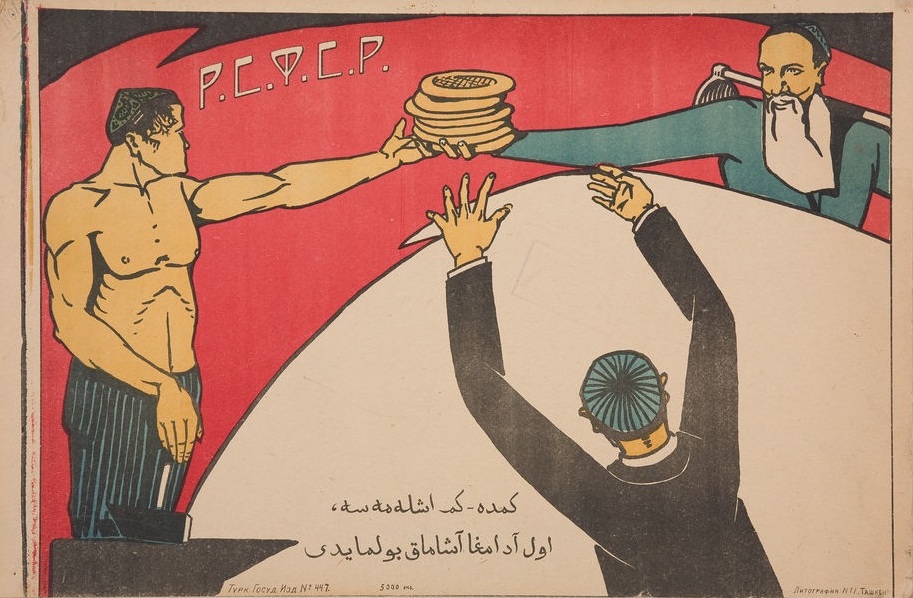 Judith Jarvis Thomson’s famous “A Defense of Abortion” seems to suggest that Mill’s prescription is too abhorrent to be taken seriously. Our intuitions (she implies) rebel against it in a deontological direction:

You wake up in the morning and find yourself back to back in bed with an unconscious violinist. A famous unconscious violinist. He has been found to have a fatal kidney ailment, and the Society of Music Lovers has canvassed all the available medical records and found that you alone have the right blood type to help. They have therefore kidnapped you, and last night the violinist’s circulatory system was plugged into yours, so that your kidneys can be used to extract poisons from his blood as well as your own. The director of the hospital now tells you, “Look, we’re sorry the Society of Music Lovers did this to you–we would never have permitted it if we had known. But still, they did it, and the violinist is now plugged into you. To unplug you would be to kill him. But never mind, it’s only for nine months. By then he will have recovered from his ailment, and can safely be unplugged from you.” Is it morally incumbent on you to accede to this situation? No doubt it would be very nice of you if you did, a great kindness. But do you have to accede to it? What if it were not nine months, but nine years? Or longer still? What if the director of the hospital says. “Tough luck. I agree. but now you’ve got to stay in bed, with the violinist plugged into you, for the rest of your life. Because remember this. All persons have a right to life, and violinists are persons. Granted you have a right to decide what happens in and to your body, but a person’s right to life outweighs your right to decide what happens in and to your body. So you cannot ever be unplugged from him.” I imagine you would regard this as outrageous, which suggests that something really is wrong with that plausible-sounding argument I mentioned a moment ago.

Are you still sure you’d regard it as outrageous? What if we change a few of the details?

Suppose you find yourself back to back in bed with someone suffocating to death. There are no ventilators left, but there is some sort of machine which, if plugged into one of your lungs, pumps air from your lungs into his. You’re a healthy patient in the hospital by happenstance–you just happened to be there that day–and you’re kidnapped for the purpose. You suffer no ill effects except the loss of about half of your lung function for the duration of a night (not nine months), until someone else can be called in for the task. Is it incumbent on you to stay the night? What if it was just a pint of blood they needed, and you were a perfect match? What if it was a matter of driving yourself into exhaustion for weeks on end in the full knowledge that billing issues would fall to the wayside, and you’d profusely be thanked, but never properly compensated properly for your labors? All live issues now.

Hell, what do you do when there are three patients and one ventilator? Get mad at Donald Trump? Call in an economist and get a snappy lecture on supply and demand, along with the signals sent by the price system? Wish that you were in Sweden, or some other conveniently unavailable parallel universe? Feel free, but it won’t solve the problem.

The question of whether these side-constraints are absolute, or whether they may be violated in order to to avoid catastrophic moral horror, and if the latter, what the resulting structure might look like, is one I hope largely to avoid (p. 30n).

Lucky you. Too bad we can’t.

And then there’s “John Q,” one of the most disturbing films I’ve ever seen. Not well made, but disturbing: I’ve never quite resolved the dilemma it so plausibly presents, a fact I realized when I flew straight off the handle the first time I saw it.

What then? Not clear. Answers are about as scarce as medical personnel, resources, and time. No matter. One way or another, they’ll be forthcoming–whether we philosophers like them or not. Maybe philosophers should be on the front lines of a pandemic. But mostly, we aren’t. Which raises the question of how much standing we have to criticize or blame those who are.