Considering how frequently the “anti-Semitism” card is used against the campaign for equal rights for Palestinians, I thought it’d be useful to reproduce an ordinary donation letter I got the other day from the U.S. Campaign for Palestinian Rights (USCPR), an organization blacklisted by the Israeli Strategic Affairs Ministry. If these demands are your idea of “anti-Semitism” (not that I necessarily agree with them all), maybe it’s your conception of that concept that needs revision, not the demands of USCPR or its allies.  The idea of a “racist campaign for equal rights” is a contradiction in terms. The only question worth asking in this context is which party is guilty of the contradiction involved. 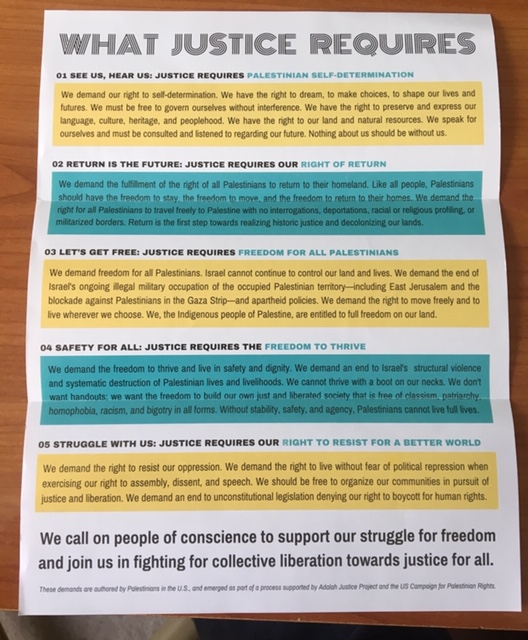 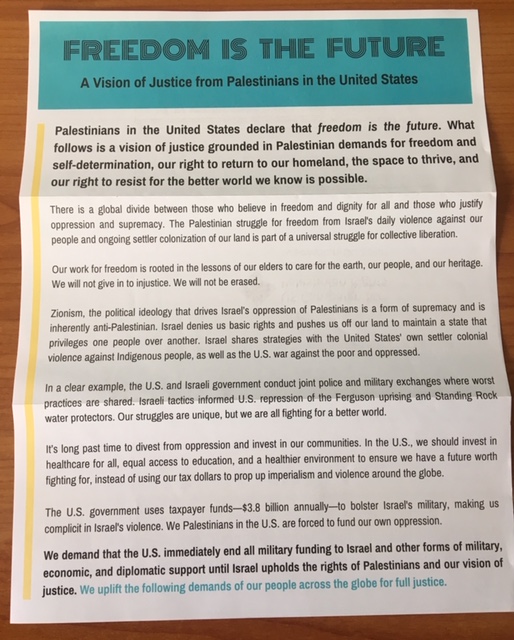 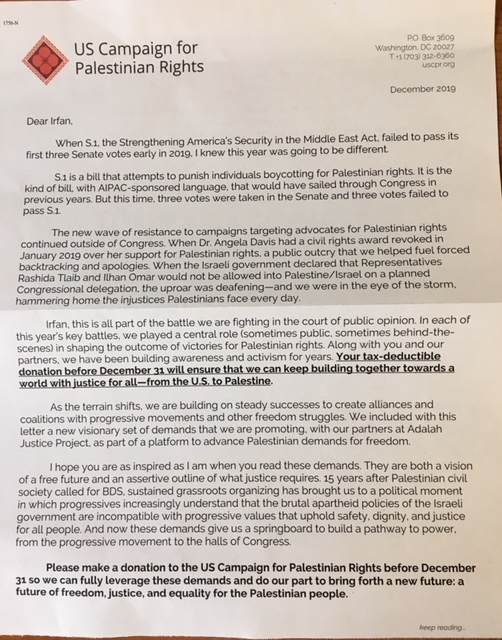 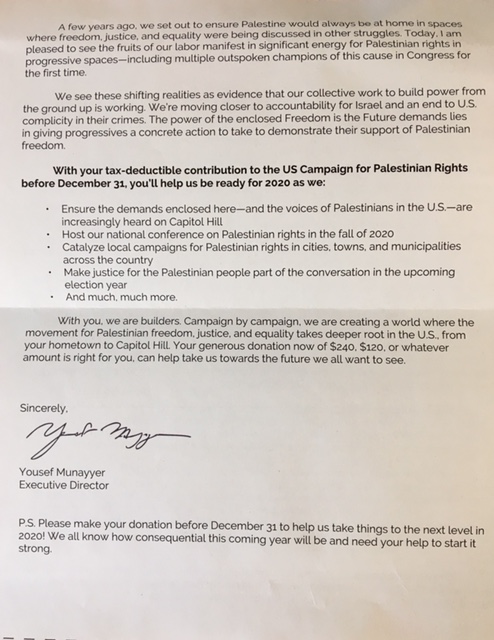 2 thoughts on “Are Equal Rights Anti-Semitic?”