I saw the Op-Ed below in The New York Times the other day, arguing that those who “deserted” New York City during the pandemic, and now wish to return, ought to be “punished” by having to pay a resettlement tax. The author writes as though he suffered some great, distinctive hardship, and/or enacted some great act of social justice or virtue by staying in New York when others left.

I’m not really sure what he’s talking about, or what he thinks he’s talking about. Judging from what he writes, he did nothing of significance but stay in Brooklyn, suffering nothing more significant than what most New Yorkers suffer for living where they do. How it is that departure from such a place should mark one out for punishment is nowhere explained in the article–mostly, I suspect, because there is no explanation to be given. If people followed the author’s “advice,” immigration from the developing world would end tomorrow. We would all stay in the shitholes in which we found ourselves. That the author is content to do so is his problem, no one else’s. Someone ought to tell him.

My wife Alison left New York City after 21 years there (1997-2018), having worked as a mental health counselor at some of the most miserable places in “the City” (as its narcissistic inhabitants like to call it), including its inner-city mental health clinics and Riker’s Island, and having dealt with some of New York’s most miserable and dangerous inhabitants. She was mistreated just about everywhere she went, mostly by self-righteous liberals inordinately (and inexplicably) proud of their self-glorified status as New Yorkers. Not that she was much better treated by the handful of conservatives she met in New York. There just weren’t enough around to mistreat her.

She lived in the same dark, crumbling, dingy apartment in Washington Heights for two decades until we moved to Whitehouse Station, New Jersey in 2018. Our search for affordable housing started in Washington Heights and gradually moved westward into New Jersey, through Essex County, where I lived (in Bloomfield), and eventually into Hunterdon County, where we found a place we could afford, incurring an hours-long commute in the process.

I worked in Lodi, New Jersey, and she had an office in midtown Manhattan. I drove over an hour to work each way. She drove to a local bus terminal (Branchburg or Clinton), took a bus from there into Port Authority (via Trans-Bridge, a private bus line), then found her way from there to her office maybe two dozen blocks away. That took hours. I don’t remember how many.

She chose the private bus option into “the City” after unsuccessfully trying the (public) train option on New Jersey Transit. The problem with the latter is that it took as long to get to New York from Whitehouse Station via New Jersey Transit as it might have taken to take the train to Wilmington, Delaware. And that’s when the trains were running at all, which sometimes didn’t happen. Unsurprising. It’s a generally known fact in labor economics that the more affordable the housing, the greater its distance from employment opportunities. And public transit, whether within New York or to it, is not exactly a paragon of reliability, punctuality, comfort, or plain old safety. Evidently, this information hasn’t reached poor, suffering sophisticates like Luke Winkie, or if it’s reached them, not made much of an impression on them. No mention here of the costs of commuting, or the taxes or fees paid for the privilege of entry into Paradise City.

Alison had chronic pain issues from a medical accident incurred during back surgery at one of New York’s most  “prestigious” hospitals. Because if you can’t get it in New York, you can’t get it anywhere, including a lifetime of chronic pain produced by medical malpractice. “Why didn’t she sue?” She couldn’t afford the attorney’s fees to sue. Now that I work in an OR, and set up spinal cases just like hers, I can see clearly enough that someone deserved to be sued. Another one of those unreckoned costs, straight out of “the City.”

I lived in Bloomfield, New Jersey when Alison and I re-connected back in late 2016 after a hiatus of some twelve years. I spent alternate weekends with her in Washington Heights for maybe 19 months (Dec. 2016-July 2018). Despite my love of the neighborhood (Fort Tryon Park, the Cloisters, the grand, perpetual presence of the George Washington Bridge through our bedroom window…), and some nice memories of adjoining neighborhoods (Harlem, Inwood), I came to agree with her bitter opinion of the place. It was great for tourists and the rich, and for hipsters writing about their bohemian pseudo-immigrant experiences in le City, but for the rest of us, nothing worked and the simplest task was a source of endless frustration.

Our apartment on Cabrini Boulevard went without cooking gas for over a year. The washing machines and dryers, always iffy, didn’t work for months. The maintenance guy was a raging, passive-aggressive asshole. The downstairs tenants were always drunk and out of control. The local police precinct never picked up the goddamn phone. The subway at 187th Street was a perpetual cesspool. Piss, usually dog piss, covered the sidewalks. Parking was a nightmare. When you found parking, you could count on your car being vandalized. You could also count on New Yorkers’ derision for the fact that you had a car–until they needed a ride. The concept of “livable infrastructure” just didn’t seem to have occurred to the people who designed this city. Of course, no one “designed” it. Just the reverse: it was more or less a monument to the spontaneous order of rot, hatched over a century of malinvestment and neglect. You might say that it was “like living in the Third World,” but I’ve lived in the Third World. It was worse.

Alison complained bitterly, with ample justification, about the political economy of New York, and its effects on ordinary people. Her list of complaints cut across familiar ideological categories. The problem was as much income inequality as ruinous taxation, stifling regulation, rampant corruption, and pathetically inadequate services staffed by contemptibly incompetent, indifferent people, from law enforcement to public works.  For a city that makes such a big deal about its own distinctive greatness, it certainly left a great deal to be desired in terms of ordinary livability. But for that very reason, no one can be blamed, much less punished, for leaving it–even in cases where such people quixotically made the decision to return. 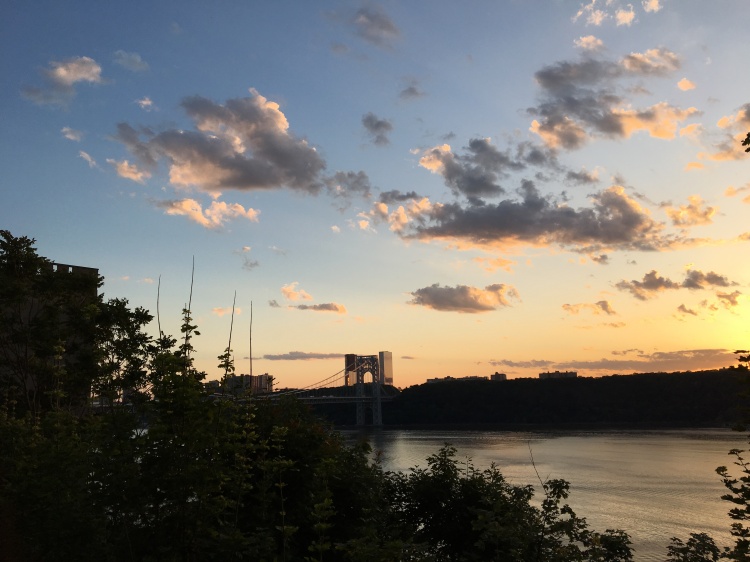 Alison’s mother told me that the prospect of having to return again to New York City after trying unsuccessfully to make a new start in Toronto played a role in Alison’s tragic suicide. Think about what that means. It means that she preferred death at her own hands to the life she (correctly) expected to live in New York–a repetition in her 50s and beyond of the misery she endured in her late 20s and 30s, a life lived amidst extraordinary incivility and inconvenience, while in chronic pain, always anxious about the availability of the demonized painkillers with which we’re “at war,” always at the mercy of any random asshole on the street, in the subway, or on the phone.

Moral of the story: No one owes New Yorkers anything for leaving the shithole that is Gotham. If anything, they owe us for the time we spent in it. Anyone making the case for a “resettlement tax” owes his readers a better argument than anything to be found in Luke Winkie’s Op-Ed. Actually, what he owes his readers is something that actually qualifies as an argument. A writer incapable of doing that much ought to drop the language of debts and obligations, and find some other way to wax poetic. But he might do even better by simply shutting his mouth, and leaving the topic well alone.

Thanks to Carrie-Ann Biondi, another ex-inhabitant of New York City, for valuable feedback. Though I don’t know whether they’d agree with what I say here, thanks also to Manuela Maurer, Chris Sciabarra, and Sabahat Zakariya for stories of their trials and tribulations in “The City.”

Tweaked and re-posted after initial posting.