Most of the news we’ve recently been hearing about immigration in the United States has been bad, but every now and then a bit of good news emerges. Here’s an instance of the latter.

About a year ago, a journalist told me the story of a young Pakistani immigrant in a terrible situation, asking me to write a letter of support that might help her get out of it. I contacted the person in question, heard her out, sat down to write her a letter of support, and sent it off to her lawyer. A few weeks ago, the woman told me that her application to remain in the United States had been accepted, and the orders to deport her had been lifted. With her permission, I’ve reproduced the letter I wrote for her, one of several she used to make her case to the immigration authorities. In the interests of privacy, I’ve changed her name.

U.S. Citizenship and Immigration Services
Re: Letter of Support for Sarah Ibrahim

To whom it may concern:

I am an Associate Professor of Philosophy at Felician University in Lodi, New Jersey, where I direct the Pre-Law Program as well as the Institute for Ethics and Public Affairs, and co-chair the University’s Committee on Leadership and Social Justice. I’m also a Visiting Adjunct Professor of Philosophy at Al Quds University in Abu Dis, Palestine, where I spend my summers, and have guest-taught classes at Forman Christian College and University in Lahore, Pakistan. My academic area of specialization is ethics; my area of competence is political philosophy. I hold a B.A. in Politics from Princeton University (1991), and an M.A. and Ph.D. in Philosophy from the University of Notre Dame (2002, 2008).

I am a first-generation Pakistani with extensive family and social contacts in Pakistan. I’ve visited the country five times, most recently in 2012.  My family, like Ms. Ibrahim’s, is from northeastern Punjab; indeed, my family is prominent in the government of that province, and in the national government.[1] Though most of my family is based in the city of Lahore, I have visited Murree, Ms. Ibrahim’s hometown, and have family in Islamabad nearby. In any case, I’m personally familiar with the culture to which, in the absence of a waiver, Ms. Ibrahim would be obliged to return.

Like Ms. Ibrahim, I was born in a conservative Pakistani-Muslim family but have now adopted a relatively secular lifestyle. Like her, I have been on the receiving end of disapproval and sanctions for my lifestyle choices, most notably for my choice of life-partner. Unlike her, however, I am male, and an American citizen, born in New Jersey, so that the disapproval and sanctions I’ve faced have been relatively mild. As I suggest below, Ms. Ibrahim’s gender and citizenship status make a significant difference in understanding the very different situation she faces.

Students of moral philosophy are familiar with the dilemmas that arise from the need to observe two conflicting ethical requirements. Faced with two such requirements, both of them morally significant, the conscientious person is forced to choose between them. Such a person is typically advised to choose the requirement that either leads to the least-bad consequences, or the one that honors the most weighty of the competing moral values.

In the present case, Ms. Ibrahim faces a conflict between honoring her legal obligation to return to Pakistan, and avoiding the very real threat of death or bodily harm that may arise from her return. As a professional ethicist, it seems clear to me that violation of the J-1 requirement, though a bad consequence, is a milder one than the risk of serious harm or death. Likewise, it seems to me that while compliance with immigration law is a moral value, the preservation of innocent life lies higher in the scale of moral values than compliance with that law. So if we grant that Ms. Ibrahim faces the real risk of death or bodily harm upon her return to Pakistan, it seems clear that that consideration ought to be uppermost in any deliberations about her immigration status.

The question then seems to be a factual one: is her life on the line if she returns? I think it is. To put the point in a conservative way: it would be reckless to gamble on her safety by demanding her return.

It is an established principle of Islamic law that a Muslim woman is obliged to marry a Muslim man.  She can under no circumstances marry a non-Muslim. If she somehow were to find herself in a romantic relationship with a non-Muslim man—itself a situation either frowned on or proscribed—she has only two alternatives. She cannot continue the relationship in an unmarried state. She must therefore either break off the relationship, or induce the man to convert to Islam. Failing that, if she marries him, she is in violation of what most Pakistani Muslims (and many Muslims as such) regard as a central tenet of the faith. The assumption is that in marrying a non-Muslim man, a Muslim woman has surrendered the offspring of the marriage to the man’s religion (or irreligion), in effect suborning the childrens’ apostasy from Islam. (The underlying assumption is that that all children are by definition born as Muslims). A woman in this situation is, in a sense, guilty of an indirect form of apostasy: though she is not herself an apostate, she reveals herself willing to surrender her children to apostasy. Hence the perceived gravity of the crime.

Note that even if the man were (sincerely or insincerely) to convert to Islam, it is an open question whether his conversion would be honored by those inclined to doubt him. And for obvious reasons, there would be ample reason to doubt the sincerity of such a conversion.

The preceding facts by themselves suggest that Ms. Ibrahim’s situation puts her at risk of harm if she were to return to Pakistan. But a bare recounting of the letter of Islamic law understates the nature of the problem. People—and in particular women—are killed and maimed today in Pakistan for violations that fall far short of the letter of Islamic law, and occasionally, are killed or harmed for violations that bear no recognizable relation to religious law whatsoever. 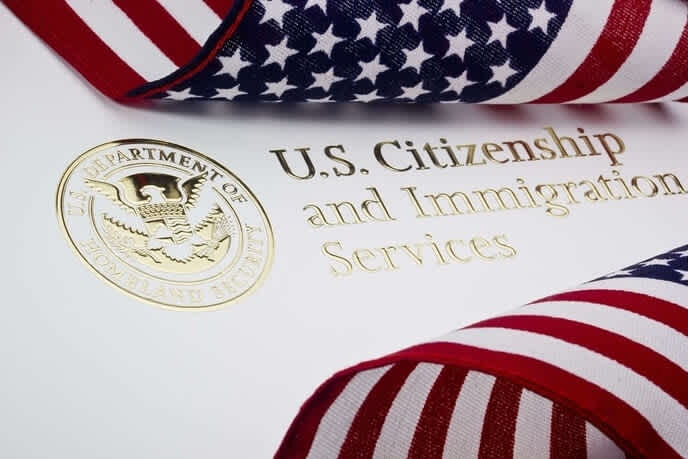 As Human Rights Watch puts the point in its World Report 2015 on Pakistan:

Amnesty International’s Report for 2014-2015 specifically mentions “the risks to women from their own families for seeking to marry partners of their own choice,” mentioning the case of Farzana Parveen, who was killed just outside of the Lahore High Court by her father and ex-husband for that reason.[3] As the recent murder of the singer and fashion model Qandeel Baloch highlights, Pakistani women are not protected even by celebrity status: Qandeel Baloch may have had 700,000 Facebook followers, but was murdered (by her brother) for her perceived “shamelessness” just the same.[4]  The case of Malala Yousafzai, though unrelated to honor killings, is yet another poignant example of the dangers that Pakistani women face for relatively ordinary activity.

A recent report in The New York Times reports on the passage, by the Pakistani National Assembly, of laws intended to toughen the legal sanctions against those who commit “honor killings” by “relatives angered by behavior they believe has impugned the family’s reputation.”[5]  The passage of the laws is certainly a step forward, but also implicitly indicates the severity of the problem that the laws were intended to remedy. As Yasmeen Hassan, global director of the human rights group Equality Now, puts it: “We hope that these new laws will help generate a cultural shift in Pakistani society and that women will be able to live their lives in safety.”[6] Ms. Hassan’s statement highlights the fact that as things stand, the relevant shift has not taken place: in other words, women are currently not able to live their lives in safety. Two recent Pakistani films, the dramatic production “Bol,” and the documentary “A Girl in the River,” explore these issues in persuasive ways.[7]

Though not directly related to honor killings, it’s worth pointing out that on October 7, 2016, the U.S. State Department issued a travel warning “against all non-essential travel to Pakistan,” citing “significant terrorist violence, including sectarian attacks.”[8] If these generalized considerations can justify a travel warning to American citizens—and justify severe restrictions on movement by U.S. government personnel in Pakistan—Ms.  Ibrahim’s more specific and particularized concerns surely merit serious consideration.

As a woman, Ms. Ibrahim’s rights already carry less weight in Pakistan than they would if she were a man. As a secular woman, she invites widespread disapproval. But as a secular woman with American connections and a non-Muslim husband, Ms. Ibrahim puts herself at substantial risk of serious injury or death. It would take very little inducement for someone to hear about her situation, target her for vigilante punishment, and do her harm. If this were to happen, she would have little or no legal or other recourse; she would essentially be at her victimizers’ mercy—a terrifying prospect. As Amnesty International puts it:  “Women also risked abuse while seeking to exercise their rights” in the Pakistani legal system.[9] Though the law is (now) on her side, social custom stands firmly against it, and in Pakistan as elsewhere, no law can defeat the prejudices of a determined majority.

While I have put the preceding points conditionally, as an “if,” I’m inclined to think that something untoward is likely to happen to Ms. Ibrahim if she returns to Pakistan. It is simply implausible to imagine that she can return to Pakistan with a non-Muslim husband, and not be on the receiving end of some kind of sanction. Even in the mildest case, these sanctions would be enough to undermine the envisioned point of demanding her return to Pakistan. The point of demanding her return to Pakistan, I take it, is to make a positive contribution to Pakistani life, but it is hard to imagine how Ms. Ibrahim could function effectively in Pakistan if she were struggling constantly against social pressures intended to derail her life, as would almost certainly be the case. Things are worse in the more severe cases I have in mind: there is obviously no point in demanding Ms. Ibrahim return to Pakistan if doing so will kill her. But it very well could.

I would ask U.S. Citizenship and Immigration Services to reconsider the legal requirement that Ms. Ibrahim return to Pakistan. Under ordinary circumstances, the J-1 requirement has an intelligible and justifiable purpose. But it is hard to believe that the requirement’s framers had circumstances like Ms. Ibrahim’s in mind when they crafted it. The requirement’s intended aims are simply not satisfied under the present circumstances. It makes no sense to demand that someone satisfy an immigration requirement under conditions that threaten the would-be act of immigration by threatening the would-be immigrant’s life. There may come a time when it would be prudent for Ms. Ibrahim to return to Pakistan, but for the near future, it would flout prudence for her to return, and flout justice to demand that she return. The letter of immigration law is an important consideration, but as the Preamble of the U.S. Constitution makes clear,[10] justice is part of the letter of every American law. In this case, I would argue that justice requires a waiver of the J-1 requirement, and demands that we allow Ms. Ibrahim to make her own decision about when and whether to return to Pakistan.

[10] “We the People of the United States, in Order to form a more perfect Union, establish Justice, insure domestic Tranquility, provide for the common defence, promote the general Welfare, and secure the Blessings of Liberty to ourselves and our Posterity, do ordain and establish this Constitution for the United States of America …”

2 thoughts on “One Little Victory”