I got stopped the other day in Raritan, New Jersey by the local police department, my first traffic stop in awhile. I regard every interaction with the police as a learning experience, and this one was no exception, so I thought I’d write up what happened, and what I learned from it.

Until recently, I owned two cars, call them Silver and Blue, both insured by Geico, an insurance company for your car and other associated headaches. I generally tended to drive Silver rather than Blue. In July, Blue was driven to Canada by another driver and, in August, was totaled by that driver in an accident in Toronto; it was then towed from the accident scene and taken to a Geico-affiliated inspection site near Toronto, where it sits to this day, awaiting judgment from Geico as to an insurance payout. Recall that the Canadian border is closed due to the pandemic,* so I couldn’t have retrieved the car even if it was drivable, and even if I could have afforded the time and expense of the trip. At any rate, the car isn’t drivable, and I can’t afford the trip. So there we go–three strikes against driving up there, putting the car in my backpack, and bringing it home.

Sometime in December, Geico suggested that I drop Blue from my insurance policy: no point in insuring a car that was inaccessible to me, couldn’t be driven, and wasn’t being driven. (Yes, idiot that I am, I’d kept it on the policy that whole time.) So I took their advice, and took it off. It all seemed simple enough.

Alas, no. Sometime in January, the New Jersey Motor Vehicles Commission (NJMVC) wrote to inform me that my license and registration were being suspended for my having canceled my insurance policy on Blue. Didn’t I know that it was illegal to drive a car without insurance coverage? I did, actually, but I wasn’t driving it–no one was, no one had in months, no one could, and no one would.  Not that NJMVC knew any of that. Contrary to Geico’s insouciance about canceling the policy, I guess I was supposed to have informed NJMVC of the car’s status before I canceled the policy, something Geico neglected to tell me. Not that Geico could have failed to know that; cars and insurance are their business. And where else did NJMVC learn of the cancellation but through Geico? Profit-driven customer service at its best. But hey–mea maxima culpa, as usual. The customer is always wrong.

Well, better late than never, right? So I informed NJMVC that Blue was neither in my possession nor in a drivable condition, forwarding to them documents from Geico indicating that the car had been totaled, and was being held somewhere in Canada.

NJMVC was deeply unimpressed. Unless I could prove that the car was totaled, and unless I had returned the license plates to them (and paid them a $100 restoration fee for each suspension), my driver’s license and registration would be suspended. Sorry. Rules are rules, and driving is, in the end, a “privilege” subject to revocation for malfeasances of just this kind. In this bureaucratic universe, “proof” means “documented in a police report, even if the report was written by a semi-literate police officer in a foreign country, indifferent to fact and inattentive to details.”** And license plates are to be retrieved from foreign countries, whether they exist or not, and whether the border is closed or not.

Well, easy enough to demand all that from the Driver Records Management Bureau in Trenton, but getting a police report for a months-old accident in Toronto was no trivial task (even Geico had bailed on the attempt), and as for the license plates, they were nowhere to be found. I made a couple of phone calls, but got nowhere in License Plate Investigation 2021-01, a forensic endeavor closer to what you might expect of the Pink Panther series than anything you’d see on “Law and Order” or “Forensic Files.” Yes, Geico, the inspection center, and the driver of the totaled vehicle all confessed to having seen the license plates at some point or another, but none confessed to actually having them–the crucial thing–giving the plates an ontological status on par with Big Foot or the Loch Ness Monster.

It took awhile, but after truly reflecting on the sizable sheaf of documents I’d sent NJMVC about the accident (how it happened, where it happened, when it happened, who was involved, how much damage was done, etc….), I eventually convinced them that I wasn’t lying: the car really had been totaled. As for the license plates, I had no choice but to report them as stolen, which was easy enough to do.*** That one-two bureaucratic punch apparently convinced NJMVC to cancel their suspension, or at least half cancel it, or cancel half of it, depending on how you read the following terse sentence:

Your New Jersey driving privilege will not be suspended as of 02/20/2021 indefinitely.

Good to know. I think that means that while my license remains valid, my registration on Blue is still suspended in the trivial sense that it can’t be driven (whether by me or anyone else), but in the less trivial sense that my “registration privilege” (as they call it) is generally suspended, so that I can’t register another car under my name until that suspension is lifted. That means, I suppose, that I “merely” have to forward the police report regarding the license plates to NJMVC, or else miraculously find the plates themselves and return them. Presumably, one of those maneuvers will do the trick. But since registration is indexed to cars rather than drivers, I figured that as long as I had a valid license and was driving a car that was validly registered to someone, I should be OK. It didn’t matter that I hadn’t yet returned the plates, and (at the time of the stop) hadn’t gotten a copy of the police report. 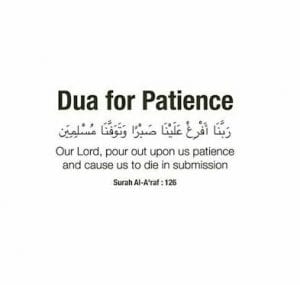 I hugged the NJMVC cancellation letter to my heart with loving ardor until my lawyer pointed out that, given pandemic-related delays, NJMVC could not be counted on to have updated their own databases about the change in status. So it was best, he said, to keep the letter in the car for the next time I was stopped–as was highly likely to happen.  Cancellation or not, letter or not, I should expect to be stopped, expect to be questioned, expect a summons, and possibly expect a court appearance. Great expectations.****

Meanwhile, I was driving Silver this whole time, which was validly registered and fully insured. So while I diligently followed my attorney’s advice–I kept the letter and other documents in the car, rehearsing daily how I’d handle a stop– I found his advice a bit paranoid. Assuming that I followed all traffic regulations to the letter–and you would hardly expect moi to do otherwise–on what basis could the police stop me for possessing an unregistered and insured car (totaled, in an inspection station in Canada) while driving a validly registered and fully insured one?

I don’t know, but they did. Stay tuned for the next post, where I tell you what happened next.

*To be precise, it’s not entirely closed, but I’m not sure I’d want to drive to the border and experiment with whether they’d let me in.

**I don’t mean to imply that the report is actually written by a half-literate, inattentive Canadian police officer. I just mean that police reports often are written that way, and are accepted as “proof” of the reported event even when they are. I have no idea what the actual accident report looks like.

***Reporting the plates as stolen was easy enough, but I had to wait three weeks to get the report.  The Raritan traffic stop took place before I got the report, not that having the report in hand would have prevented the stop. That said, the report itself was, by police report standards, a marvel of literacy and clarity. Thanks to Officer Joseph Cesare and Suzanne Currie of the West Amwell Police Department for the efficient dispatch with which they handled this.

****I was stopped for a second time by the NJ State Police at about 1:30 am on Route 31 South in the vicinity of Ringoes, NJ on March 4, 2021. The stop went about the same way as the one described in the post.

NOTE: I accidentally posted the wrong version of this post on February 23, a predictable occurrence when toggling between WordPress’s wretched “Block Editor” and Classic Editor.

2 thoughts on “Thoughts on a Traffic Stop (1): Backstory”