I went to the doctor yesterday, and had a prostate exam. It’s a really uncomfortable procedure, bordering on painful. You lie there, ass to the doctor. He puts on gloves, then plunges his finger up your ass and twists and turns a bit. Finding nothing in my case, he pronounced me “good to go,” leaving me with a dull ache where, I guess, my prostate is supposed to be.

The blessing about prostate exams is that you only do them once a year, but I’m cursed with having another one scheduled very soon–November 3rd, otherwise known as Election Day. I don’t mean that I have a doctor’s appointment on Election Day. I mean that with Joseph Biden’s selection of Kamala Harris as running mate, Election Day has now become the functional equivalent of a prostate exam. Yes, I will vote for Biden-Harris. Yes, they will probably win. And once I commit this act of self-violation, I’ll be “good to go”. The problem is, I’ll be left with a dull ache where, I guess, my soul is supposed to be.

The liberal press is having a kind of collective orgasm over Biden’s selection of Harris. As far as I can tell, she has exactly four selling points: she’s African American, she’s Indian, she’s a woman, and she’s attractive. Sometimes a fifth point is added to this embarrassingly exiguous list of credentials: she’s aggressive, just the thing we need to fight the Trump machine.

Conveniently forgotten in this roll call of irrelevancies is her sketchy, dishonest record as prosecutor, her abject devotion to the Israeli occupation, and her egregious, lying defamations of Tulsi Gabbard in the earlier part of the campaign. Somehow, in the liberal mind, Harris’s ethnicity and gender are supposed to compensate for her Machiavellian lust for power, the prosecutorial aggression (and indifference to truth) being the cherry on top. 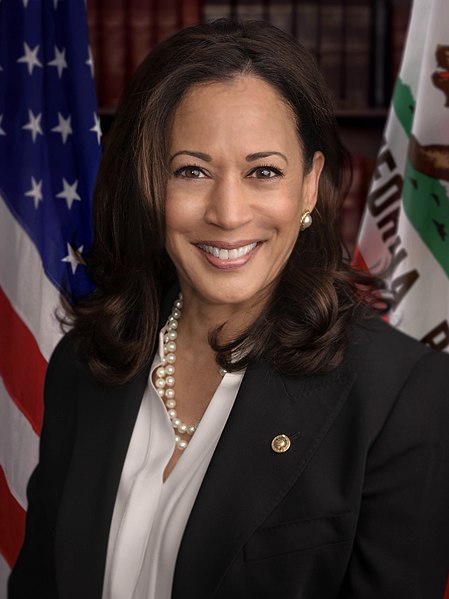 The one thing, alas, doesn’t compensate for the other. Sorry. Nothing about being an African-American woman of Indian ethnicity makes you a good vice presidential candidate if you’re otherwise a lying, power-lusting freak with a pretty smile.

I really wish liberals would get over their pathetic love affair with identity politics and skin color. Kamala Harris may be a POC and a woman, but that doesn’t stop her from being a POS and an asshole. It reflects poorly on Biden’s moral and political judgment that of all the available candidates, he would have chosen Harris as his running mate.

But it was eminently predictable. Biden doesn’t stand for anything, and has no real scruples about anything. The one thing that can be said in his favor is that he’s not an all-out psychopath, like Trump. It’s entirely in keeping with the Democratic Party’s fatal attraction to fads and moral ephemera that it’s trying so hard to convince its constituents that the country has won a great victory because it has its first female POC vice presidential candidate. The hard truth is that it’s not a victory. It’s a meaningless, insulting instance of quota-worship and ethno-gendered bean counting. I hate to break the news, but there’s really nothing special about being dark skinned or female. If you think there is, you’re in the grips of a widespread delusion.

In our rush to deny the possibility of race or gender neutrality, we’ve now reached the point at which utterly worthless, undeserving people are elevated to prominence because they have dark skin and/or have a vagina. This attitude has become as inevitable as a prostate exam, but has less justification in reality. I’m not sure when the leadership of the Democratic Party will figure this out, if they ever do. But the chances of their figuring it out before November 3rd are, at this point, zero.

2 thoughts on “No Cheers for Kamala Harris”