Three to eleven pm was the shift I worked. I remember being at work one evening, looking at the news, and regarding myself as lucky not to have to work with or around COVID patients. Unlike a lot of my colleagues at Englewood Hospital, I wouldn’t need to wear a mask or protective gear because I was just a nursing assistant on a regular surgical recovery floor that Recovery shared with Pediatrics. “We’ll never get COVID patients here,” I remember thinking, “because for one thing, there just aren’t that many cases in the country, and second, kids don’t get it, so we won’t face the risk COVID-positive pediatric cases.” I went home that day without a worry in the world. Little did I know that the next twenty-four hours would change my life forever.

I remember waking up the next day, and getting ready for work. When I got there, I realized that the back entrance to the hospital was closed, so I walked to the front. As I walked into the building, I was stopped. “Take a mask, and we’ll take your temperature,” I was told. I was confused, but complied. I then walked over to the cafeteria, and saw something I’d never seen before–signs that said, “No Visitors Allowed,” and “Only Ten People at a Time.” Not clear why.

I proceeded to get some snacks from the cafeteria, and went to my floor to clock in. As I turned the corner to clock in, I saw all of my co-workers there in shields, in scrubs that were a different color from our normal ones, in N-95 masks, in shoe covers, and in hairnets. It was as though my entire floor was about to go into an operating theater and perform surgery. That’s when the nurse manager stopped me and said, “We’re now a COVID floor, so you’re now required to change your scrubs because you can’t bring them home.” I was nervous. I had no idea what to expect next. I had no experience being around people with COVID, and had absolutely no idea how to take care of them.

Suddenly, pretty much without warning, we were slammed with admissions–patients coming in non-stop, literally back-to-back, up to four at a time out of ambulances or private cars. Within the first few hours. I started to get overwhelmed, but that was just the beginning. We were running out of rooms on the floor, so all the pediatric patients had to be transferred to another hospital. We then took over the pediatric rooms, and turned both the childrens’ playroom and the break room into rooms for COVID patients. The thought of re-purposing this space for clinical purposes had never occurred to me before. Now it seemed self-evident.

A shift of scene: “Code blue! Code blue!” is all I remember yelling as I ran up to the nurse’s station. All the nurses, doctors, and nurse managers jumped up and ran to the room I was gesturing at. A patient I’d been caring for had started to lose oxygen. As you stepped into his room, you could hear his pulse oximeter beeping constantly. I looked at him lying on the bed and it seemed as though I was looking, not at a living human being but at something or someone lifeless.

The patient had a roommate alongside him in his room, so the nurses rushed to push the patient’s bed into a different room to spare the roommate the trauma of having to watch what came next. I started helping everyone gown up–doctors, nurses, respiratory therapists, EKG techs. They were coming in one after another, and needed quick help gowning up: every second was a matter of life-or-death. I remember the “one, two, three” count up to thirty as they did chest compressions. The nurses did two sets before one of them yelled “I got a pulse!” I felt a measure of relief, but to think: this was only the beginning.

I took the vitals on a young woman in her twenties. I noticed that her oxygen saturation was low, so I made he lay on her stomach. She said that lying on her stomach was giving her chest pains. I was puzzled, because having her lie on her stomach was supposed to relieve her respiratory distress. I told the nurse, and together we kept repositioning the patient to see if her oxygen saturation would go up. When it didn’t move, the nurse called a “rapid response,” which soon became a “code blue.” The patient was intubated: hard to believe that a young woman in her twenties was unable to breathe on her own. The X-ray of her lungs was so cloudy that you could barely see the lung for the clouds. Fluid buildup: the virus at work.

I was constantly overwhelmed. There were no breaks. I had seventeen patients to myself, and simply couldn’t keep up. I fell behind, and had to leave late–do overtime–every day. Even during changes in shift I would hear one “Code Blue” after another over the intercom. Death, near death, saved lives, lost lives: it was (I imagine) no different from a war zone. 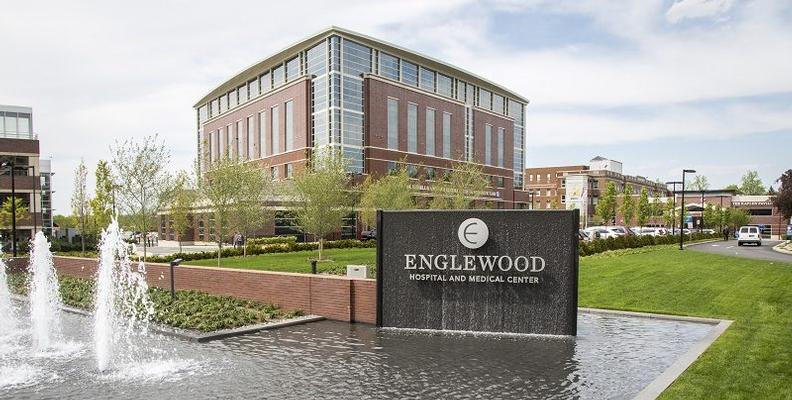 Our patients were isolated from the world, but it was my job to have to go into their rooms and care for them. Sometimes it would take a minute, sometimes ten. What hurt me most was telling a person that they have to lay prone–meaning that their oxygen saturation was dangerously low (usually under 90). I would simply say that their “oxygen wasn’t good,” but for them lying on their stomach with all of the tubes connected to them was, whatever its clinical value,  the most uncomfortable position to have to be in. Sometimes I’d tell a patient “Everything is going to be okay,” but in reality, I rarely knew whether it was true. It was just the thing to say, true or not. The virus affected different people in different ways. What worked for one patient didn’t work for another. Everything turned out okay for one patient; nothing did for the next.

Random memories, little snippets of things so hard to forget:

I remember a pregnant woman having to go through an emergency Caesarean section because she was COVID-positive, and the doctors didn’t want the baby to get COVID through a natural birth. I don’t recall the result.

I remember another patient walking, talking, and laughing. Her oxygen saturation was perfect. It seemed obvious that he was getting better. I said goodnight to him one night, promising that I’d return the next day. I did, but he didn’t.

I remember patients dying without having family members visit them.

I remember the morgue being so full that there was a trailer parked outside the hospital to store the bodies.

I remember a woman telling me that she’d never left the house for months, but still contracted the virus.

I remember nursing homes sending all their patients to us.

I remember taking off my mask after eight long hours on shift: looking at myself in the mirror, seeing the scars, and damage it left on my face.

The work I’ve done in this pandemic has opened my eyes to the real world. I’ve learned, I think, that people don’t take things seriously until it’s far too late. That includes Americans–the American people, and its government.

This country’s failures regarding the COVID-19 pandemic are almost too long to list. For one thing, our lack of preparation for the virus produced a lack of PPE for healthcare workers, and all essential workers, and for that matter, for the protection of ordinary people. That put just about everyone at risk.

And to state the obvious: the virus spreads extremely quickly, and will continue to spread if people don’t take the proper precautions, like social distancing. It takes just one touch, or exposure to one cough to contract the virus. It’s hard to emphasize how easy it is to lapse, and become COVID positive. You need only unwittingly touch an infected surface once, and then touch your face, and you’re infected.

As far as I’m concerned, opening up the country is not a good idea. As I see it, if we open up, a second wave of the infection is inevitable; once it comes, it will kill more people than the first did, in part through the belief that the virus “evaporated” or somehow went away after the first wave.

But who am I to make such predictions, anyway? I’m just a healthcare worker who worked on the frontlines with COVID patients. For all I know, I’m COVID positive myself.  I guess the bottom line here is that few will truly understand the magnitude and significance of this disease unless they’ve put their lives at risk, and witnessed its effects themselves.

Kendra Francisco is a nurse’s assistant at Englewood Health Center, Englewood, New Jersey, and an undergraduate at Felician University, in Lodi, New Jersey.

One thought on “COVID-19 Narratives (6): Nursing Assistant in a War Zone”