As I mentioned in the preceding post, the MTSP discussion has moved from discussing George Sher’s Desert (my choice) to HLA Hart’s The Concept of Law (Roderick’s). Since I’m not even close to done summarizing and commenting on Sher, I’m obviously not going to commit to writing a series of essays on Hart. But I don’t want our discussions to disappear into the Zoom void, either, so I thought I’d just mention some of the themes of the discussion, using this post as a placeholder for any further discussion that might take place (whether among the Zoom discussants or anyone else who wants to join in).

At Roderick’s suggestion, we read the first two chapters of The Concept of Law–the first on “persistent questions” that arise in defining the concept of “law,” the second on “laws, commands, and orders.” Unfortunately, each one of us had a different edition of the book, which made “citation” difficult, but for this post, I’ll be using the Second Edition. As I see it, three basic issues came up.

(1) Does the criminal code issue imperatives? Hart takes criminal law to be the paradigm of law, and regards it (and by extension law itself) to issue imperatives to those under its jurisdiction. Contrary to the other three discussants, I find this wrongheaded. In American law, at least, it’s unlikely that a single criminal statute issues an imperative against committing the crime mentioned by the law. The vast majority of statutes define the elements of the offense, then describe the sanctions for committing the offense. They don’t issue an imperative telling anyone not to commit it. Put another way: no imperative is to be found in the text of the average statute in the criminal code. The imperative force or element of the criminal code comes from a source external to the text of any given criminal statute. Hart clearly thinks otherwise. I infer that his starting point is fundamentally mistaken.

Suffice it to say, no one agreed with that. Especially not him. 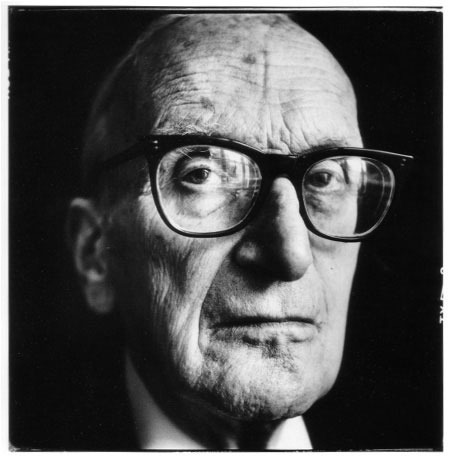 (2) The supremacy and independence of legal systems. In an attempt to get past the “gunman theory of law,” Hart suggests that the law has a “supremacy within its territory and independence of other [legal] systems” lacking in ordinary criminal threats of the sort we associate with, say, an armed robber (Hart, p. 24).

Some of us queried the conception of “supremacy” involved: what is it for law to be “supreme”? Is the supremacy of one legal system compatible with the existence, within the same territory, of other legal systems? Is legal supremacy always supremacy over territory? Why not over populations, or for that matter over issues?

Some of us queried the conception of “independence” involved. A “supreme” legal system is separate from, and declines to take orders from, other extra-systemic legal authorities. But surely God complicates this picture: the Stuart Kings regarded themselves as independent of, say, the Ottoman Caliph (and Caliphate), but subordinate to God–the paradigmatic law-giver. Was their legal system not independent in the relevant sense, or did they not preside over a legal system? Or is God just a metaphysical exception to the rules? Arguably, some of the Stuart Kings, e.g., James II, regarded themselves as subordinate to the Roman Catholic Church while simultaneously asserting legal supremacy over England. How would Hart deal with that?

Similarly, I would argue that when two or more nations enter into treaty relations with one another, neither can be said (with respect to the content of the treaty) to be “independent” of the other. It’s the treaty that’s independent of both while belonging simultaneously to both legal systems.

The legislator’s purpose in making laws would be defeated unless [the law was publicly promulgated], and legal systems often provide, by special rules concerning promulgation, that this shall be done. But laws may be complete as laws before this is done, and even it is not done at all. In the absence of special rules to the contrary, laws are validly made even if those affected are left to find out for themselves what laws have been made and who are affected thereby (Hart, p. 22).

We all agreed that it is rational, fair, and advisable for legislators to do whatever it takes to ensure the public promulgation of laws. The question we disagreed on is whether a law lacking this feature remains a law.

Like Hart, I think it does. Many laws are written so as to take effect immediately, in advance of their being publicly promulgated. I think this is a very bad idea, but don’t think it nullifies the statute’s claim to law. I was involved in a legal case in which the judge’s ruling (i.e., judicially-made law) was not authorized for publication. This strikes me as insulting, presumptuous, counter-productive, and kind of stupid, but I wouldn’t dispute that the judge’s ruling still has the force of law. For better or worse, treaties can be secret (or have secret codicils), but still have the force of law even with respect to their secret elements.

It would certainly be incoherent (probably impossible) for a “law” to be kept secret from literally everyone in the land, but such absurd cases aside, something can be a law and remain unknown to 99.99% of the population governed by it (indeed, unknown in perpetuity to 99.99% of the population governed by it). Just think of a law authorizing a covert operation (that’s to remain covert). (As a concrete example, consider the findings of the Church Committee, treated less as something that literally fits the bill than as imaginative fodder for a thought-experiment.)

There’s a separate issue whether promulgation is compatible with promulgation. There is, after all, such a thing as the over-promulgation of law: promulgating the law in such overwhelming quantities (and complexity) that no one can possibly keep up with any single branch of it, much less the whole of it. Keeping up with the workings of a single regulatory agency can be lucrative full-time career: I work with people who specialize in keeping up with the legal machinations of the Centers for Medicare/Medicaid Services. We’ve hired fifty people in the last month, and aren’t done hiring yet. There’s no shortage of work to be done, because there’s no shortage to the regulations CMS is promulgating. A Seven Nation Army couldn’t process it all.

Everyone doesn’t know about it, whether the Queen of England or the Hounds of Hell.

So that’s the short, tip-of-the-iceberg version of last night’s conversation about Hart. Stay tuned for many more Hart-to-Hart discussions.